This was our 50th AGM & lunch (what a milestone!) and was attended by a record 91 members and guests.  The agenda, previous minutes and committee reports can be found at a link under the 'List of Members' dropdown tab (click 'more' on bar above)
(members' password required).

It was a memorable day in a wonderful setting.  Members and guests were treated to a tour of the old college, an excellent lunch and an organ mini-recital in the main chapel.  Thank you to all involved, but most especially to Sue Adams, committee member for events and Jackie Rance, member, who arranged the recital.

Photos and any video files will be added here - if you were there ..... please share!
This page provides a record of past events.  For upcoming events - please see 'noticeboard' (which drops down from 'home')
​ 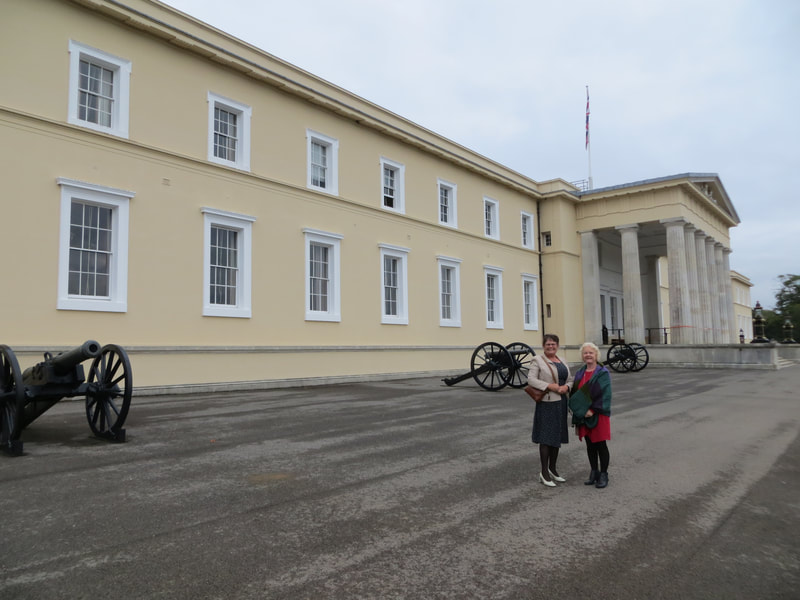 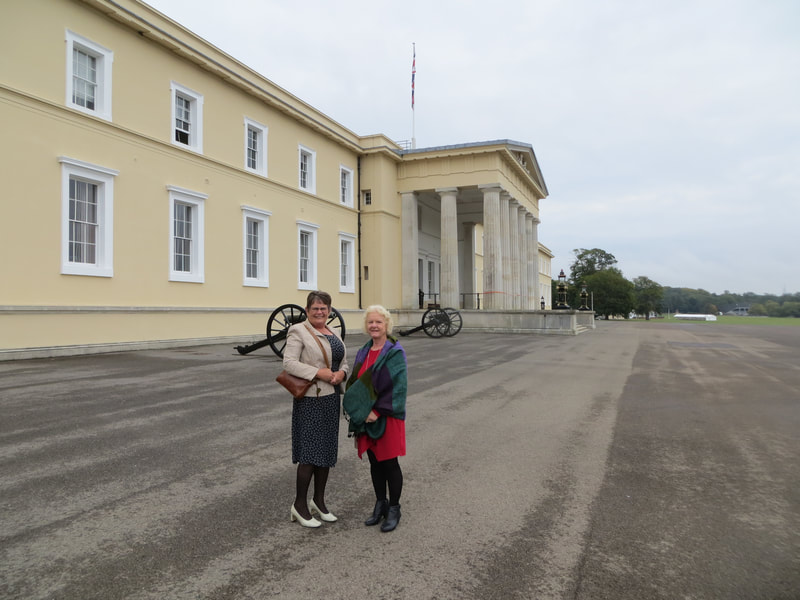 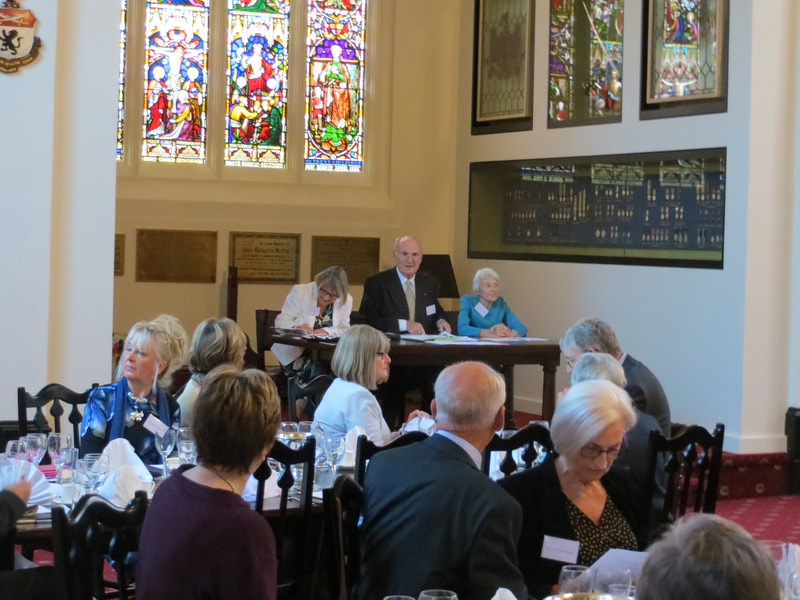 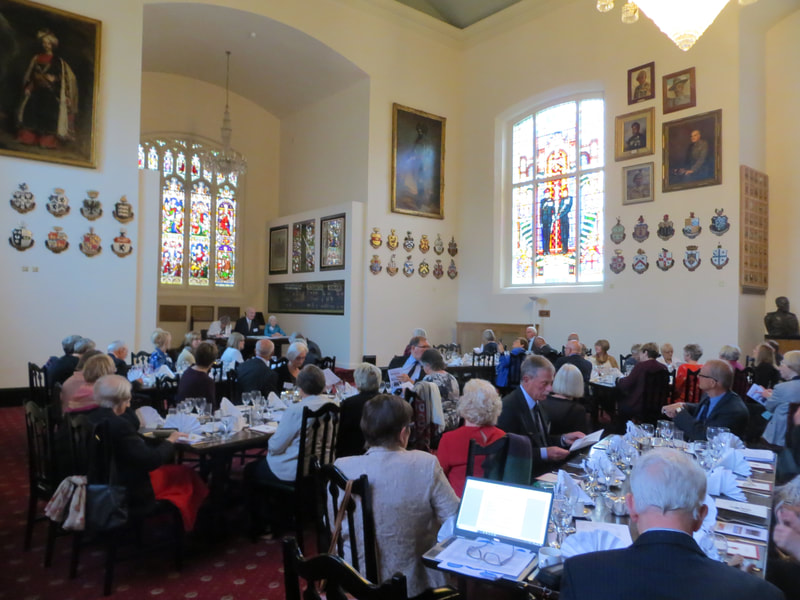 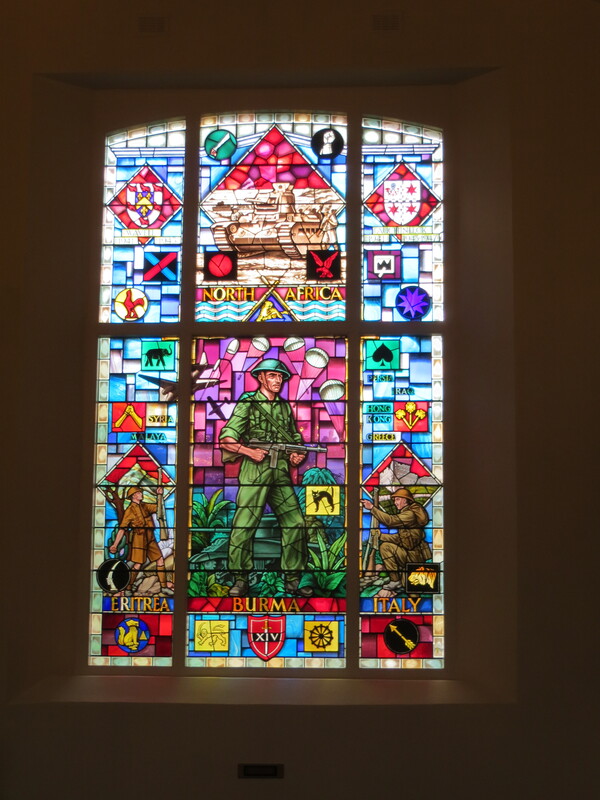 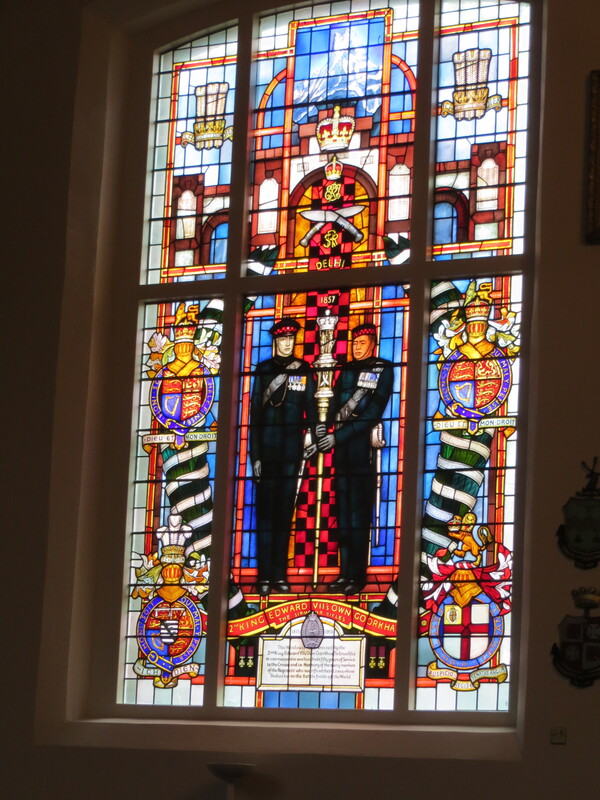 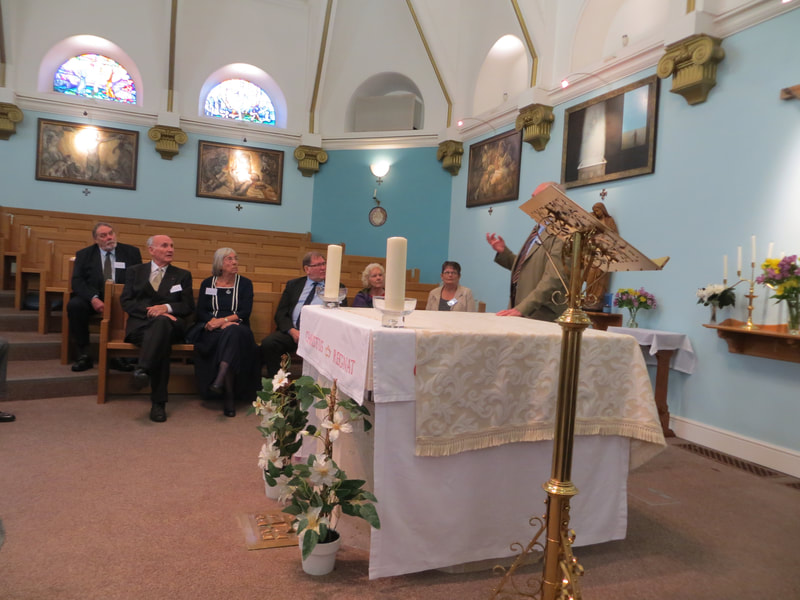 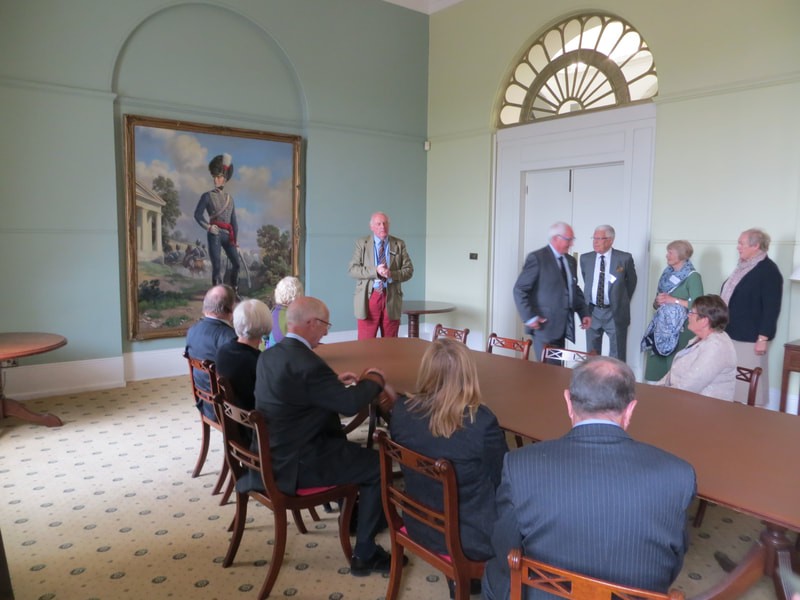 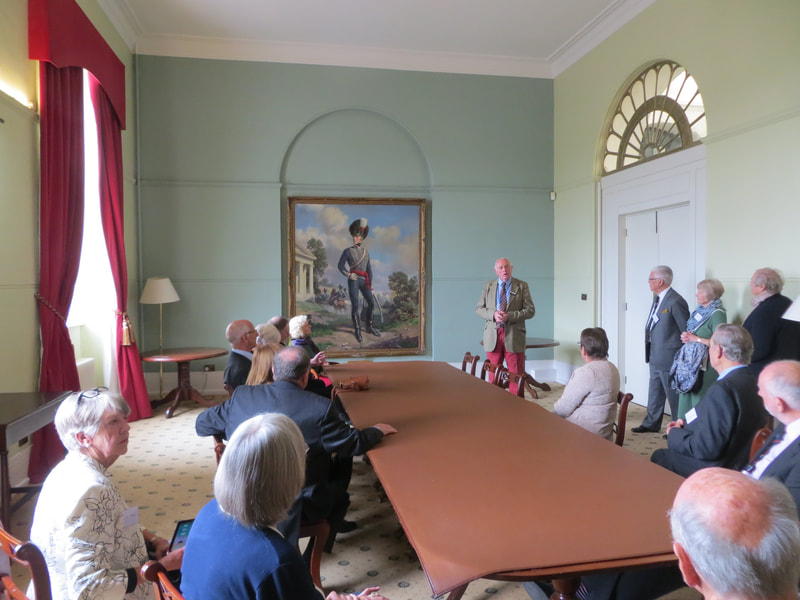 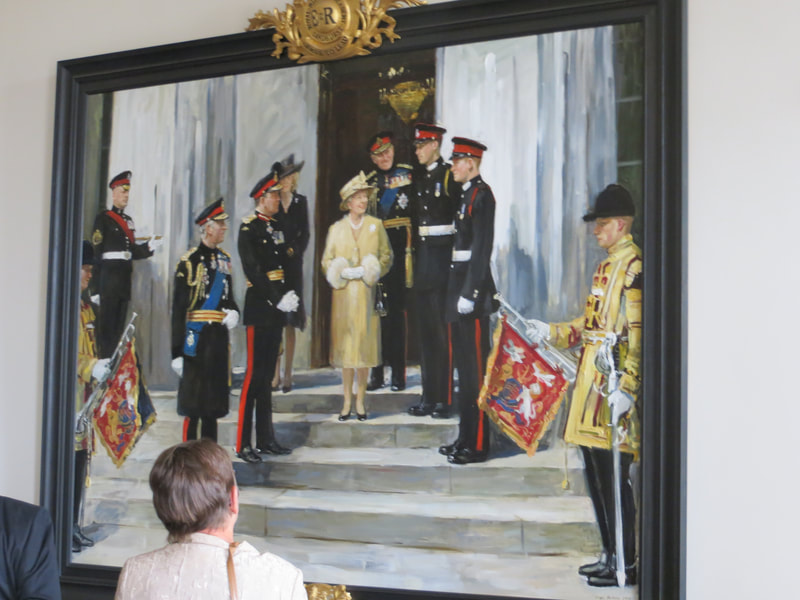 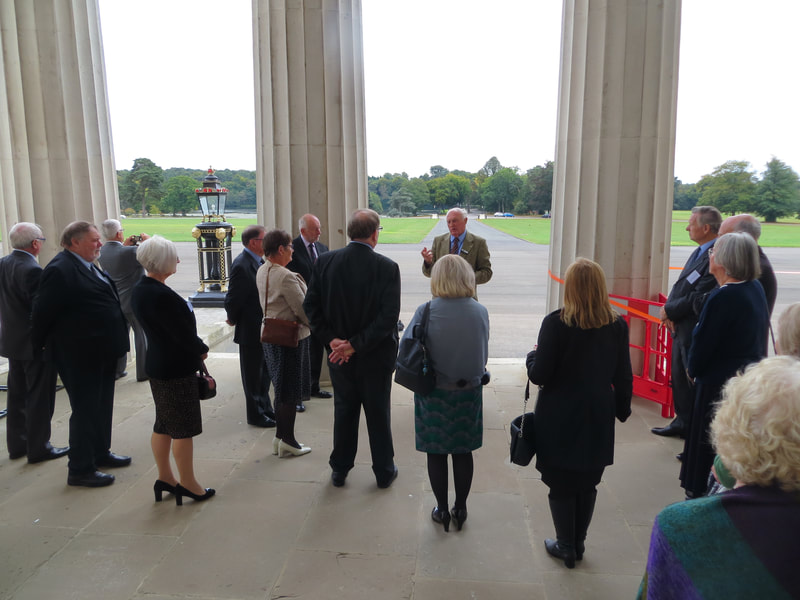 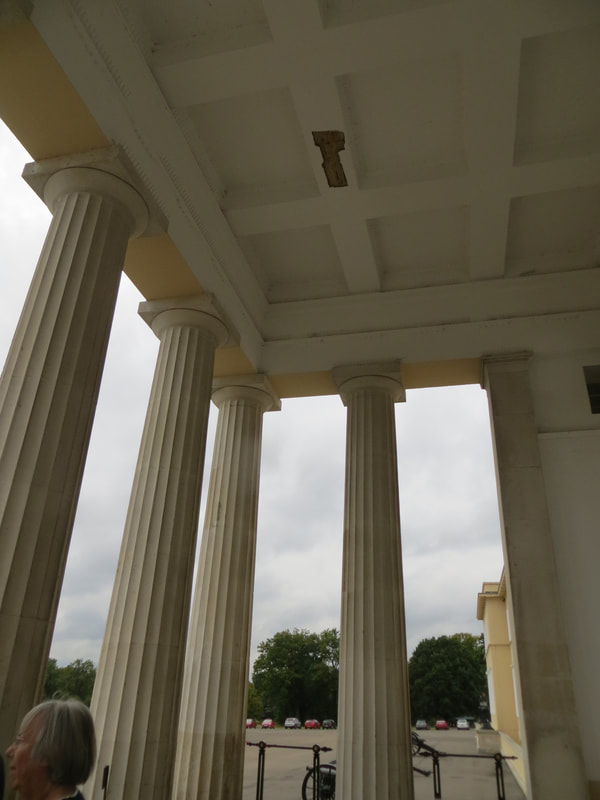 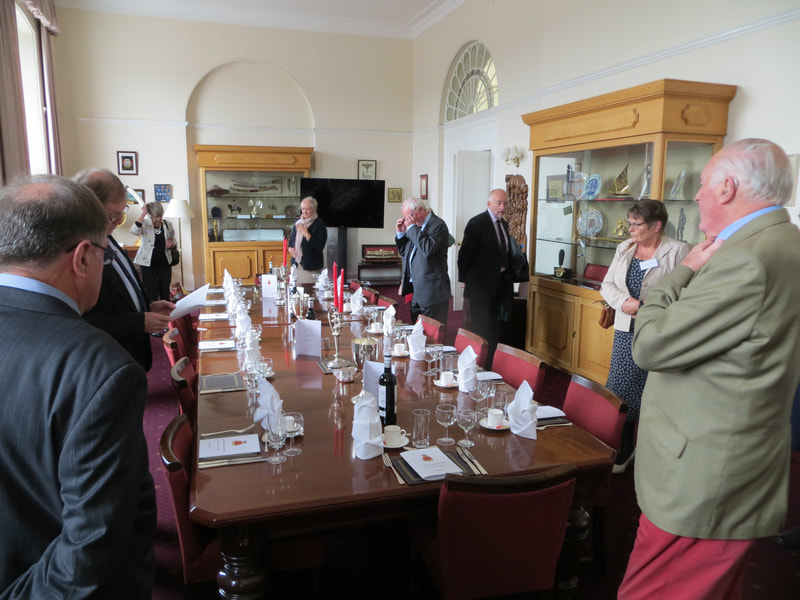 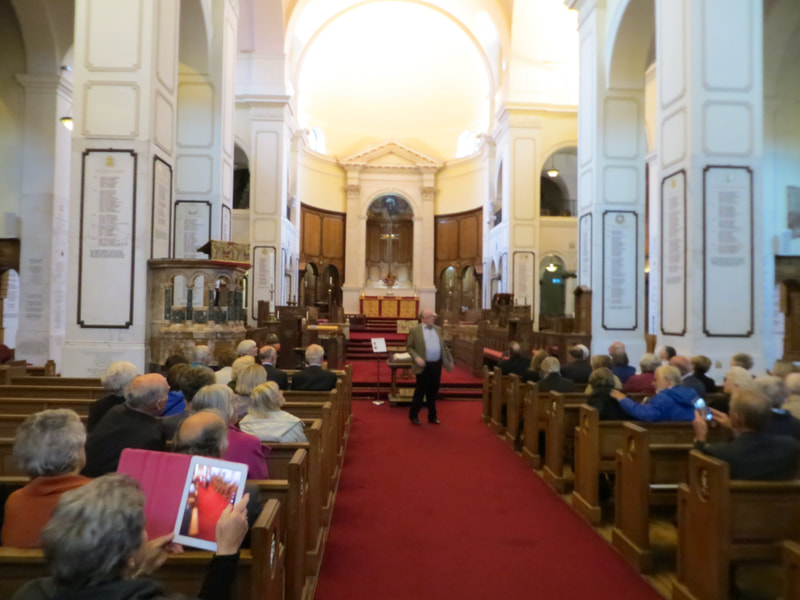 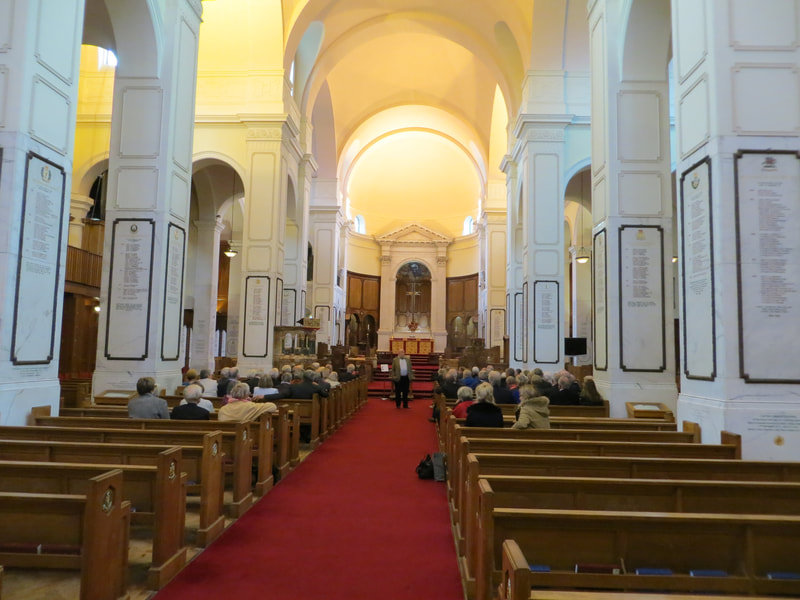 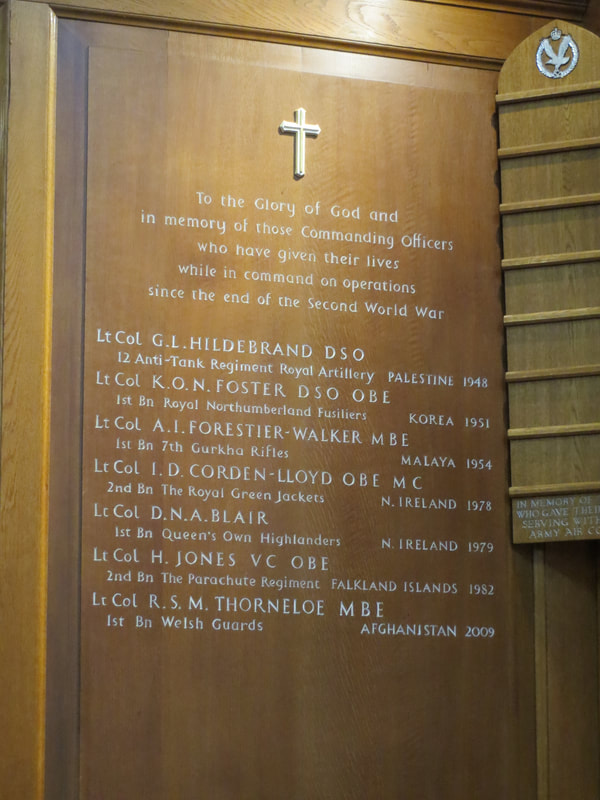 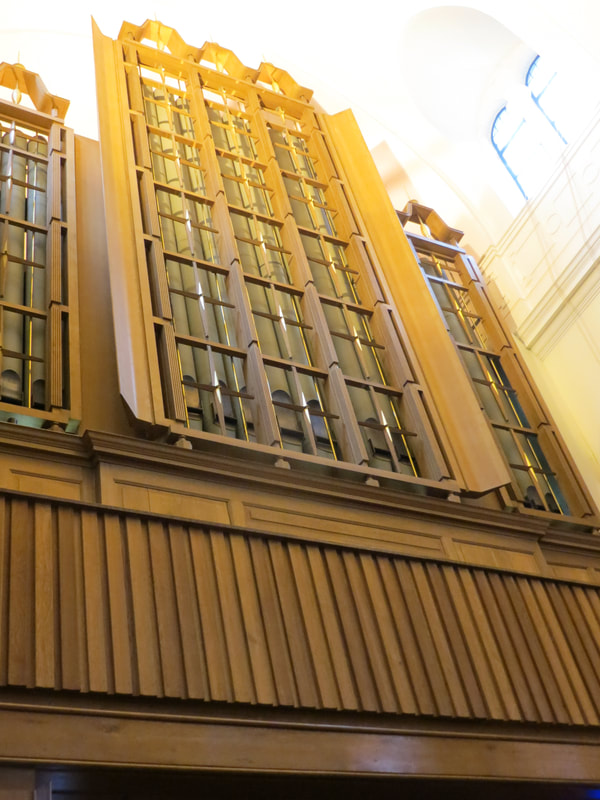 ​
​​
Cambridge Lunch
7th September 2019 - Saturday ...... your webmaster was unable to attend, but reports received indicate the event was very succesful.  We hope to publish a fuller account in due course and in the newsletter.


With the imminent drawdown of the Army from Germany and the closure of the remaining 6 Service Schools in 2019, a total of 70 former teachers and Headteachers decided to undertake a reunion visit to Gutersloh so as to enjoy a trip down memory lane. The group contained individuals whose careers ranged from the 1960’s through to 2016 with one celebrating his 96th birthday during the course of the visit.

Working in Services schools in Germany gave all teachers a truly unique experience compared with working in the UK. A very special part of this experience was the close association with the Army and in a few cases with the RAF. Not only that, but the experience of living in a German community also created yet a further dimension to our lives.

For these reasons, as part of this reunion all participants were very keen to include a link up with the Army during the course of the visit. To achieve this the CO of 26 Regiment Royal Artillery, based in Mansergh Barracks was approached in early July 2017 to seek their agreement to host both a visit to the regiment and a Dinner Night in the Officers’ Mess. Agreement was readily forthcoming from the then CO, Lt Colonel Karl Harris, now Colonel Harris, and his successor as CO Lt Colonel Kieran Sheldon readily honoured this agreement.

The outcome of this agreement led to the whole group being given an opportunity to make a morning visit to the regiment on Wednesday 6th June and concluding the day with a magnificent Dinner Night in the Officers’ Mess.

The morning visit commenced with us being greeted by Lt Jack Reed who had been designated as the Hosting Officer, what might be viewed as drawing the short straw!! He was joined by Capt Yuldasheva and both gave us an excellent background presentation which included an historical background to the regiment, its changing role and an outline of their careers up to that point. These presentations highlighted the remarkable variety of experience the Army gives their young officers very early on.

Following a coffee break we were given a guided tour of the regiment with interesting presentations by different soldiers both about their careers and why they chose to join the Army. We were also given an insight into the different pieces of equipment and allowed to climb inside the large AS90 gun carriers. The manner in which the levels of physical fitness of all serving personnel is measured was also somewhat sobering given the average age of all of us in the group.

This visit made us realise that the level of dedication expected of all serving personnel is very high, still involving many months of separation from their families.
​
The Dinner Night in the Officers’ Mess, with which we finished this day, was simply magnificent and we were delighted to be joined by Lt Colonel Sheldon and his wife Naomi as well as by Capt Yuldasheva and Lt Jack Reed all as our guests. The dining room looked superb with the tables adorned with regimental silver and the dinner which was served was outstanding. It was an occasion which brought back so many memories for all of us and made us realise what we now miss having returned to our lives back in the UK. We also realised there would never be another opportunity to have such a truly memorable dining experience. The Mess Manager Mr Robert Campbell could not have done more to ensure that it was so fantastic an evening. For the 96 year old it meant he had perhaps his best ever birthday party!

2017's AGM, reunion and lunch, took place in the magnificent surroundings of The Royal Naval College, Dartmouth, on 14th October.

Re-unions have been held in the RAF Club, House of Commons and the House of Lords, as well as various hotels and clubs both in the North and South of the country. Some of the more recent re-unions are:-

Photographs from many of these events can be found below ...

Please let the Association know of any other re-unions taking place around the country.

For the past two years we have decided to hold our East Anglia event at the University of Cambridge. Christ’s College provided an historic environment with a suitably iconic dining room named after Earl Mountbatten of Burma. Last year was in effect a trial run  and we were only able to accommodate 21 people, but ended up with a waiting list. This year, Saturday April 11th 2015, we will held the Lunch again, but in a larger room.

Some members were also able to stay at the College and enjoy a Refectory breakfast!!!

Cambridge has a wealth of historic buildings, many belonging to Colleges of the University, many of which can be seen as you take a punt up the River Cam.  Even a weekend is hardly enough time to enjoy all its pleasures.

35 Ex-colleagues from St Andrews's Primary School who taught during the 1970s and 1980s met up for a most pleasant weekend at the Goodfellows Hall, Derby. This event was organised by Jo Vesty (Eire) to celebrate the friendships she made in all her years in Hong Kong.