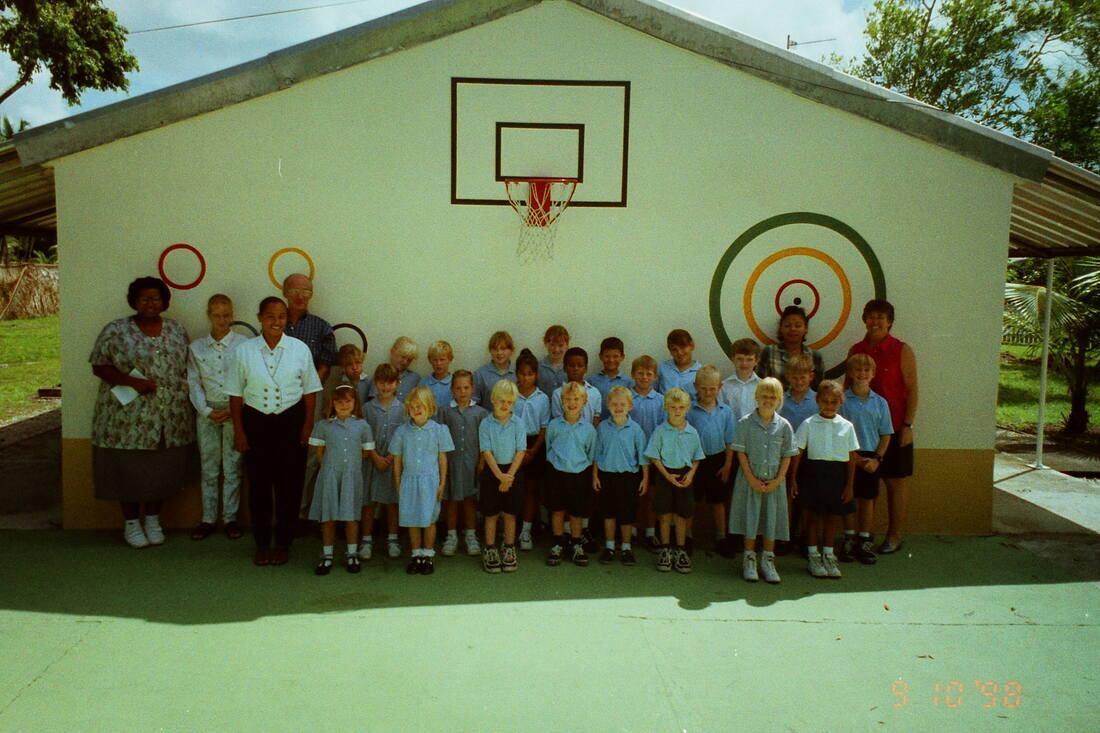 To place messages on the noticeboard, please send them to Mike Chislett, the Website Manager for inclusion.
(go to home/contact us for website contact forms)​
​
Scroll down for request from Bristol University for help with oral history project on BAOR 1945-2000

Your web-master has received news that one of our members, Bob Parkin, died in York on 5th August 2018.  I understand that Bob was 91 and had been in ill health for some time. Bob's funeral was in York on 22 August.

John Tate, formerly headteacher in Hong Kong and Germany, died in January after a long illness. John's funeral took place on Monday 12th February 2018 at the South Downs Natural Burial Site in Petersfield, Hampshire.  BFES-SCEA Association member Bill Gillespie gave a eulogy on behalf of the association.  John was a previous chairman of BFES-SCEA  Association and an appreciation of John's contribution and leadership appears in Newsletter 39.

Posted! is Ark School's 2013 sculpture that now graces a corner of woodland at The National Memorial Arboretum in Staffordshire.  A small and very informal dedication, ribbon cutting and naming ceremony took place on Sunday 8th April, 2018.  Four ex-Ark students and their families joined in, along with Mike and Sue Chislett and Jimmy Caldwell.

​Click here Posted!  for more information on the sculpture. 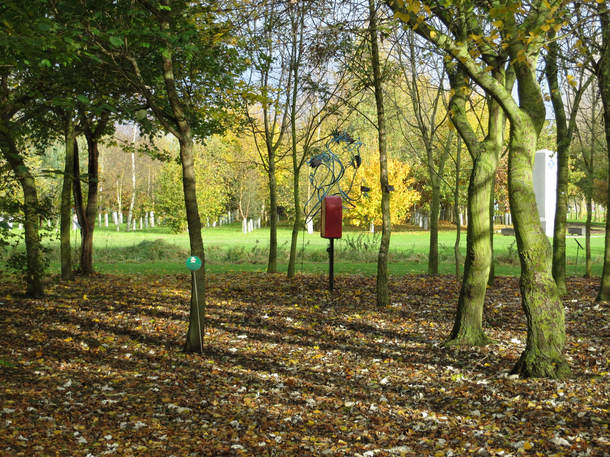 We are always looking for newsworthy items to include in the Association's Newsletter. If you have any photos, articles, memories, news of forthcoming mini re-unions or reports of re-unions that have taken place, or of any other items of news, and you think it would be of interest to other Association members, please send them to Tom Nielson-Marsh our Association Newsletter Editor at the following address:-

Dr Grace Huxford, lecturer in British History at the University of Bristol has contacted us (February 2018) ....

(Grace writes) ....I hope you don’t mind me getting in touch, but I wanted to tell you about an exciting new research project I’m running and ask if anyone from the BFES-SCEA-Association might like to be involved.

I am currently running a project called ‘Living on a Cold War Frontier: An Oral History of the British Army of the Rhine (1945-2000)’ and would like to speak to people who lived and worked on British military bases in Germany.

Given the importance of teachers and support staff on bases in Germany and their perhaps slightly different experiences to service personnel, I would really like to speak to anyone who has memories of living and working on military bases in Germany from your membership. I think educationalists’ experiences are a very important part of the social history of base communities and would really like to include this aspect of base life in my research.

If any of your members are willing and would have the time to speak with me, then I would conduct one-on-one or group interviews at a time and place to suit them or via Skype if they prefer. The interviews would be recorded (audio only) and transcribed, and would be used as the basis of my academic research. I would provide each interviewee with a fuller information sheet on the project as well as a ‘consent form’ where they can specify any conditions e.g. anonymity. I would also send out a list of questions in advance of the interviews, outlining the sorts of questions that I would ask. Interviews are completely voluntary and participants may share as much as they wish.

All aspects of the project have been approved by the Research Ethics Committee here at the University of Bristol and the project is funded by the British Academy.

​If you are interested, I’m very happy for this email either to be circulated to your membership as you see fit or to provide you with an advertisement for circulation. I’m also more than happy to discuss this over the telephone if you prefer. There’s more information about me and my project on my staff page here. If you would like any other information or to discuss further, please feel free to email or ring me on the number below. I’d be very grateful for any time any of your members can spare to share their stories with me.

Queens/Windsor School: Team, I attended Queens School from 1971 to 1974 and it left a massive mark on me to the point of despair at the recent closing of both Windsor and JHQ. In my time of Queens and Kent rivalry, three nearby RAF bases and thousands on JHQ, did we ever see this coming? Anyway, through your website, an open 'Thank you' to all the staff that endured my lack of attention; including Miss Gooch who 20 years later taught my daughter and my careers master Mr Lord who steered me from being a roadie for Led Zeppelin to becoming a Major in the Australian Army. Thank you all and good luck with all your futures.

We have some photographs that have been donated to our archives which are held in the London University Institute of Education archive department. Unfortunately we do not have the names to identify all of the staff in the photos. Do you recognise anybody whose name is missing? If so would you supply the information to Walter Lewis or Mike Chislett using the contact form below. Thanking you in anticipation!  There are more incomplete namings elsewhere on this web-site - please add or correct anything you can. 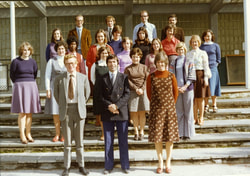 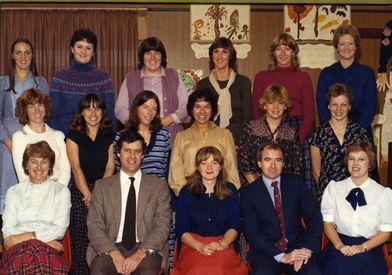 I wonder if you might be interested in this article for your newsletter/website? Another perspective… This year, we travelled to Malvern to spend Christmas with my parents, Bill and Janet Bowen. One of the rituals is for me to read all the newsletters they receive, from friends and family I knew in my youth but no longer keep in touch with myself. A copy of the bfes-sce-assocation newsletter is usually included in the pile of letters and this year, I got to thinking about my memories as a child growing up in BFG. I attended Cornwall School, Dortmund from 1984-1988 and Windsor School, Rheindahlen from 1988-1990. Among those teachers who left their mark on me (in a good way!) are Mr Griffiths, my first form and music teacher whose wise words “never take a painkiller unless you know the cause of the pain” I find myself repeating to my own children now. Mrs Marshall (maths) who tortured my 12 year-old brain with formulas for finding how many paving slabs of different shapes would be needed to surround a pool. Little did she know how useful that would prove to be – we now own a campsite and often have to re-tile pools, terrasses and washblocks! Mrs Taylor who courageously took it upon herself to explain to a group of mildly embarrassed third formers just why this newly-discovered disease AIDS was such a threat and why gay men were particularly at risk. The inspirational Mr Gibson who taught us to look up and question everything. And Miss Moreton, Food and Nutrition, who seemed to hate me and put me down in class, but that only inspired me to work hard and prove her wrong. Of all the subjects I studied at school, I think this is the one which has been the most useful – in our every day family life, and also in running a busy campsite restaurant! We were the first year to take the newly-introduced GCSE exam and even then, we were aware that the BFES was doing everything possible to make sure we were as prepared as our UK counterparts. But it’s only now, looking back, that I really appreciate the experiences and opportunities of those SCS days. The excellent music weekends organised by Bob Steele. Ski-trips. Sports Day at Rote Erde, Dortmund, and even in our own school, the bewildering array of sports equipment and teaching on offer. The old crates of buses which nonetheless got us to school, whatever the weather. So different from today when our kids buses seem to be cancelled at the slightest threat of frost! And then to Windsor school where I was to spend 2 years happily growing up within a safe environment with strict rules in place, but one step away from parental authority. A good compromise – we’d like to find a similar set up for our own teenagers! And what memories!! Coming home from school and piling into the Naafi next door for a Dairy Milk and bar of soap. Even today, the smell of Palmolive transports me back instantly. Sneaking into the dining room after USOC discos for chocolate spread and butter on toast – a whole tub of Nutella devoured in an evening. Imagine the calories... Watching the Berlin wall coming down, eating kiwis at roll call. My first serious romance and heartbreak when it all ended. Hockey tournaments and in particular, playing against an army team who had a dustbin of Harvey Wallbanger as their mascot … and feeling the consequences the next morning. A toe in the water playing keyboards with a ‘rock’ band, writing a Christmas panto for the boarding house … a tradition I continue today, producing the Christmas show for our village in France. Painting bookcases in a local school, participating in a youth parliament .. so many diverse experiences! But at 18, the world was mine to discover and I essentially left home, taking a gap year in France before heading to Southampton and a degree in French, without giving a second thought to the life I was leaving behind. Now, over 20 years later, I find I miss so many aspects of that lifestyle. Spotting black and white number plates in the queues for the ferry on the first day of the school holidays. The Naafi. Popping into Roemond for a spot of shopping. The Christmas markets. The Salvation Army and Military Bands – such fabulous concerts. BFBS radio (it’s so nice to hear Richard Allinson sitting in for various presenters on Radio 2). Dad’s school fete. Garden Parties. New Year’s Eve in the Officer’s mess. Curry lunches… I recently watched a programme about Gareth Malone and the Military Wives and it dawned on me that I can’t actually be a military wife. That spirit of togetherness and belonging which so marked my adolescence still goes on, but without me being part of it. I was surprised to realise how sad I was. Growing up in Germany was a wonderful opportunity and I’m grateful to have been able to experience it.


Thanks BFES-SCE! You did a good job!